The honorees are nominated from among the 249,000 members of the fraternity and represent those who demonstrate exemplary performance in his field of endeavor or personal career, philanthropy service or a leader in his community.

Cesafsky is a Sigma Chi from Xi Chapter, DePauw University, where he attended in the mid-1970s.  He is still quite active with the national Sigma Chi Fraternity and recently earned “Ritual Peer Certification” which is a rigorous course and test which enables him to remain engaged in a role for continued Fraternity service.

He is a Fellow in the American College of Health Care Executives.  In 1996, he was appointed to the Malcolm Baldrige National Quality Award Board of Examiners, as the Baldrige program began considering healthcare organizations for performance excellence.  He belongs to several other professional organizations including: Healthcare Financial Management Association, Healthcare Information Management Systems Society, American Society for Healthcare Human Resources Administration, American Health Information Management Association.

Following his attendance at DePauw University, he graduated from Loyola University of Chicago with a bachelor’s degree.  He obtained his master’s degree in Hospital and health Administration from Xavier University, where he was honored with their Distinguished Alumni Service Award.  He also actively serves on the Advisory Board for Xavier’s Program in Health Services Administration.

“I am very proud and equally humbled by being chosen to be a Significant Sig, Cesafsky said.   It is a great honor which I hold close to my heart as I do my personal family as well as my family of Sigma Chi Brothers.”

Cesafsky lives in Oak Brook, Il with his wife, Marcia.  They have four children and four grandchildren. 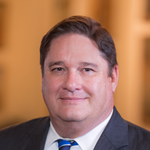