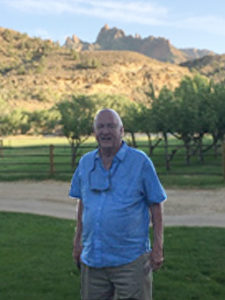 It is with great sadness that we report the death of our close friend and colleague, Wiley Carr. He recently passed away, surrounded by family and loved ones in his suburban Louisville home.

Wiley was a longtime personal friend of HSP Co-Founder, Barry Cesafsky. They first worked together in 1979 at St. Elizabeth Medical Center in Northern Kentucky, where Wiley spent 20 years in leadership and became the Executive VP & COO. He later capped his healthcare administrative career with 12 years as President & CEO of Porter Memorial in Northern Indiana.

After retiring from the hospital CEO world, Wiley rejoined Barry at his healthcare executive search firm, which evolved into what is now HealthSearch Partners. Wiley participated in select executive searches, but he more regularly supported HSP with writing articles and press releases. His earlier career in journalism served him well, and HSP benefitted much from his creative writing.

Wiley was a wonderful personal friend and close companion, who regularly traveled and vacationed with Barry and his wife, Marcia. Just before the Pandemic, they spent time together hiking in Zion National Park. Wiley loved the outdoors. In fact, he attempted the climb to Half Dome at Yosemite with Barry and others just a few years ago. Wiley also had a quirky sense of humor, and he regularly entertained co-workers at the annual holiday party with his gags and theme gifts. He will be terribly missed by all. 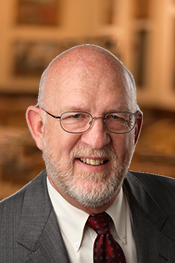